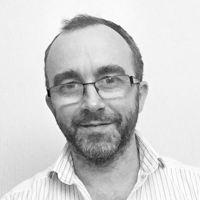 Video has exploded on the web over the last few years thanks to services like YouTube and Vimeo and it’s safe to say as a content medium, it has the highest rate of engagement when compared to other types of media. This is borne out of the growing popularity of video on the web. In a recent paper published by Cisco it is predicted that 82% of all consumer internet traffic will be video by the year 2020.

This indicates that whilst other types of media are important for content, video cannot and should not be ignored.

One example that encapsulates the growth in popularity of web video is TED lectures. the TED website, which has over 2,000 video presentations and boasts a viewing count in the billions. Packed with concise and easily digestible videos (they are no longer than 18 minutes) open up the audience much wider than the numbers that can typically attend the very popular TED face-to-face events. Events can be expensive and attendee numbers limited. Filming the event and publishing online can widen and share knowledge, views and perspectives with a much wider audience.

Some videos capture the imagination and audience in such a way that they become extremely popular. Take for instance the Sir Ken Robinson TED talk ‘Do Schools Kill Creativity?’ which has been viewed nearly 40 million times. This represents phenomenal audience engagement considering that it’s a specialist education lecture and not a Hollywood blockbuster.

We recently produced an online recruitment tool for the NHS called Values for Healthcare (coming soon…watch this space). This is aimed at people considering a career in a support role in the NHS. It helps them understand if they share the values of the NHS through a series of video challenges. The videos show real-life situations, based on research involving people working in the target roles, and ask the user what would they do in the situation? The use of video is a helpful way to explore the subtleties of cultural values, which are often hard to demonstrate in words. Video is immersive, full of subtlety and visual clues. The audience can imagine themselves in the environment, job role and culture of the NHS much more easily than reading a brochure or even browsing a website. With writing, the audience is left with the prospect of filling in the blanks with their imagination; not so with video.

‘But video is really expensive isn’t it?’

It used to be expensive to produce video, but now most of us have all the video equipment we need in the palm of our hands. The quality of smartphone video has improved to the point that it is now used by many industries to produce cost effective content. Its immediacy compared with planning and implementing video shoots with traditional equipment is attractive, because it can save money and still be an effective communication tool. This works because the aesthetic expectation of today’s audience is open to a more candid approach, mainly for in-the-moment video. Take for instance news footage of a major events that is now commonly shot on smartphones by reporters in the field where portability of equipment is essential.  To the audience the content of the video outweighs the need for scripted and finely edited pieces

However, quality doesn’t need to suffer just because a smartphone is used. Take a look of this short report about the world Latte art championships  that has been filmed and edited entirely on a smartphone. In this instance we can see that good storytelling and direction have utilised accessible smartphone technology ensuring the filming quality matches the content.

When combined with other tools, such as interactive content, questions and tasks, video can lift the impact of e-learning to the next level, ensuring that the learning endures in the learner’s mind. Thanks to developments in technology, video is much easier and quicker to produce. More importantly, your audience will be expecting it!

Please fill in the form on this page to get in touch. We will respond to you as soon as we can.

Alternatively, you can email us at grow@iflourish.co.uk.

Or you can write to us at: